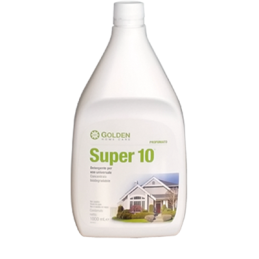 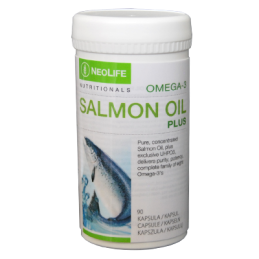 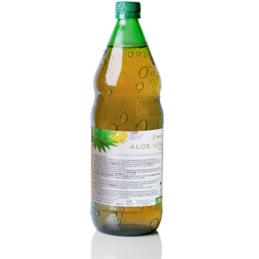 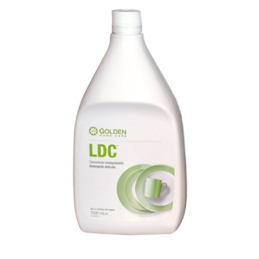 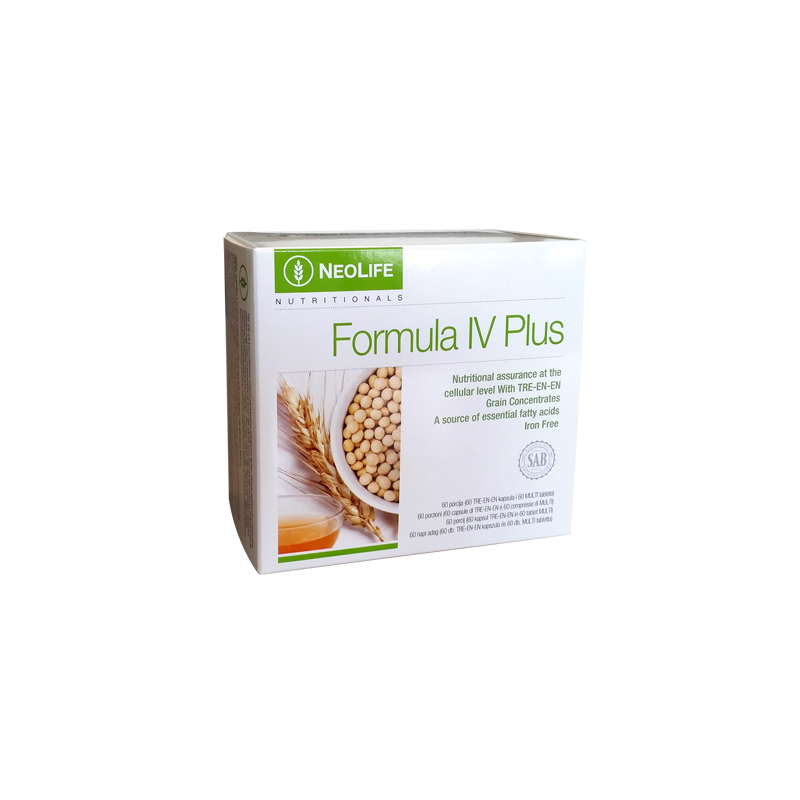 Scientists continue to confirm, there’s more to nutrition than just the classic vitamins and minerals. As important as these nutrients are to optimal health, we’re also learning that phytonutrients, enzymes, trace minerals and others play equally important roles. Original Formula IV®, developed in the 1950s, was the first multifactor food supplement to provide vitamins, minerals, enzymes, and phytonutrients, such as important lipids and sterols. Formula IV Plus carries forward this tradition of nutritional excellence with an Iron Free formulation that also provides additional mineral support, including 100% of the DV for zinc. Formula IV Plus also provides more Tre-en-en® Grain Concentrates, which have provided people throughout the world with decades of nutritional assurance.

Exclusive Tre-en-en® Grain Concentrates: 675 mg of wheat, rice, and soy extracts are the basis for this whole food supplement.

More than a multi-vitamin, a unique multi-factor whole-food supplement with vitamins (including 400 mcg of folic acid), minerals (including zinc), enzymes, lipids & sterols, all working together to bridge dietary gaps.

IRON FREE.
With natural coloring and preservative-free. Convenient individual packets you can easily take with you anywhere.

Q. How did GNLD come up with the balance of nutrients in Formula IV® and Formula IV® Plus? What is the rationale for the mix of ingredients?

A. Formula IV and Formula IV Plus are not just your average vitamin and mineral supplements; they''re multi-factor food supplements, designed formulated to feed the cells of your body.

When we first introduced Formula IV, it was originally intended to help fill in the nutritional gaps that can occur with the diets of everyday people. Today this basic premise still holds true; the times have changed, but our bodies are still biologically the same. As a matter of fact, the mix of nutrients contained within Formula IV, and our newer Formula IV Plus, is more valid today than ever before. Our contemporary lifestyle and dietary habits have created a greater need for the exact nutrients that are found in these two products. We have known from the beginning that Formula IV includes those nutrients that are beneficial to achieving optimum health, and it is truly in a class all its own. This holds true for Formula IV Plus, as well. Moreover, consuming Formula IV and Formula IV Plus really is more similar to eating food than simply taking a multi-vitamin supplement.

Unlike multi-vitamin products that often provide "megadoses" of certain nutrients, Formula IV and Formula IV Plus provide a balance of nutrients that is considered optimal for the vast majority of people. For those individuals who desire specific combinations of certain nutrients, we offer a wide variety of products to meet each individual''s unique needs; a perfect example would be our Daily Vitality Packs, which utilize Formula IV Plus as their core supplement.

At the foundation of Formula IV and Formula IV Plus is our exclusive Tre-en-en Grain Concentrates. The Tre-en-en Grain Concentrates contained within these two products help to support the body in its utilization of nutrients critical to sustain health and vitality. Lipids and sterols are the building blocks for every cell membrane in the human body. Sterols are a class of lipids which include precursors of certain hormones and precursors of vitamin D produced naturally in the body. Without properly balanced lipid/sterol levels, cells can become malnourished, which can lead to cellular fatigue. Sterols and lipids also play a vital role in the assimilation of nutrients by the cell.

Q. Why aren''t the minerals in Formula IV or Formula IV Plus chelated?

A. Time tested and proven to be effective and highly bioavailable, Formula IV and Formula IV Plus were developed as multi-factor whole food supplements, with Tre-en-en Grain Concentrates, to support optimal cellular nutrition. These GNLD exclusives have remained unchanged. Chelation mineral technology came after Formula IV''s introduction, however since both Formula IV and Formula IV Plus have a long history of effectiveness in supporting optimal health through cellular nutrition, we have no need or desire to change them.

Q. Is there any gamma linolenic acid in Formula IV or Formula IV Plus?

A. The green color in Formula IV is derived from the natural vegetable pigment, chlorophyll.

Q. What information do we have on the initial studies done on Formula IV? Was it a government grant study?

A. The research that eventually led to the development of Formula IV began in 1946 at a hospital in Southern California. The focus of the research was on the relationship of endocrine function to reports of chronic fatigue. The results of many studies led researchers to the role of lipids in cell function; and that in turn led to the development of Tre-en-en Concentrates. Formula IV was developed as a multi-factor nutritional supplement, designed to work with the lipids and sterols provided by Tre-en-en. Now the cornerstone of our “Energy Program,” Formula IV (and now also Formula IV Plus) have been credited with giving literally thousands of consumers more energy, vitality, and a general feeling of health and wellness!

Q. I read somewhere that it is not good to take iron in a multi-supplement formula. If this is true, then why is iron in Formula IV?

A. We’re not sure why anyone would have stated that iron should not be part of a multivitamin supplement. Iron-deficient diets are still widespread in our population and anemia remains a common health concern. For this reason, Formula IV was formulated to contain a sufficient amount of iron to assure that an adequate and healthy amount of this nutrient is supplied through supplementation. Additionally, Formula IV has been specifically formulated to maximize digestion and absorption of iron. If you are concerned about iron intake and would like an iron-free option, consider Formula IV Plus for your supplementation needs.

Q. What are the sources for all the ingredients in Formula IV and Formula IV Plus?

A. Formula IV and Formula IV Plus are not just vitamin and mineral supplements; they are multi-factor food supplements, chock-full of whole food ingredients. Besides containing many of the important vitamins and minerals missing from our diets, they also contain our exclusive Tre-en-en Grain Concentrates. Tre-en-en is the largest component of Formula IV and Formula IV Plus, and the sources are listed on the label, as are many of the other sources of the nutrients used in these products. For example, fish liver oil, the source of vitamin A and vitamin D, is on the Formula IV label. Our approach to product formulation is to always look first to nature for 100% natural, whole food ingredients from the human food chain. Because some natural ingredients are weak, unstable, or unavailable, for some products we next look to natural concentrates or isolates to achieve our formulation goals. Lastly, if the two previous steps don’t deliver the effect we need, then we will select additional pure pharmaceutical-grade ingredients from a list of safe, low-allergy components. These are components which been shown by research to function effectively, providing superior bioavailabilty and overall nutritional excellence. This approach allows us to keep consistent with both nature’s blueprint and the latest scientific nutritional research. It is this approach to excellence that has contributed to GNLD’s distinction and success in the nutrition industry.

Q. Would the yeast in Formula IV and Formula IV Plus affect people with yeast allergies?

A. GNLD uses the unique whole-food source of yeast known as Saccharomyces cerevisiae, in Formula IV and Formula IV Plus. This special strain of yeast is “biologically bound” and highly concentrated in B-vitamins and other natural nutritional cofactors. This biologically bound yeast is grown specifically for nutritional application, and through a special process of growing, harvesting, and drying, a naturally high-potency B-vitamin source material is obtained. This is not a living yeast but rather (like the other food-based components in our nutritional products) it is an organic nutrient source that has been harvested and dried. And, as you may be aware, yeast has a long history of safe use, and has been used for decades by people as a source of supplemental nutrition.

Q. What are Tre-en-en Grain Concentrates?

A. At the foundation of Formula IV and Formula IV Plus is Tre-en-en Grain Concentrates. This unique and exclusive whole-food blend of extracts from wheat, rice, and soy "feeds your cells" with important phytonutrients. Developed and introduced by GNLD in 1958, Tre-en-en Grain Concentrates is the original phytonutrient supplement. It provides phyto-lipids, including omega-6 and omega-3 fatty acids essential for optimum health and cellular function, plus the plant sterols beta-sitosterol, gamma-oryzanol, stimasterol and campesterol.

Besides optimizing cellular nutrition, plant sterols may have other beneficial effects as well. These include reducing cholesterol levels, lowering the risk of atheroscelerosis and inhibiting tumors. Octacosanol, which is a closely related component, is also included to aid in critical biological functions.

Store in a cool, dry place, away from direct sunlight.
Packaged with safety seal. 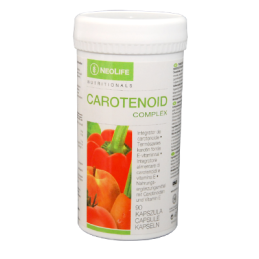 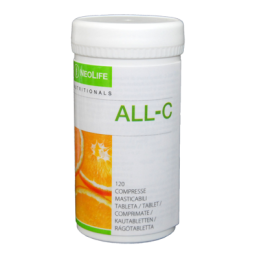 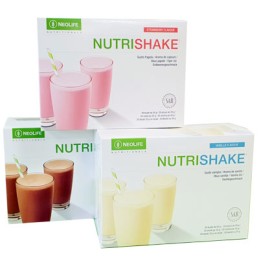 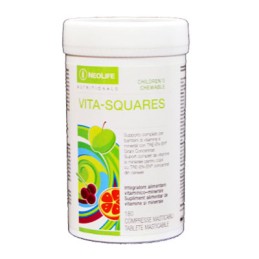 Natural chewable supplement for children of vitamins and minerals 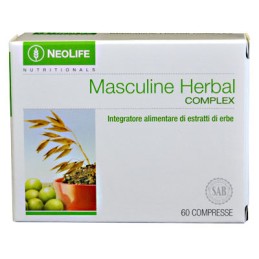 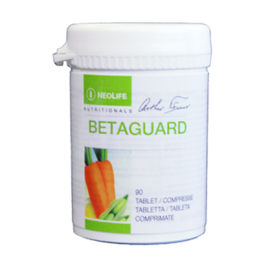 Blend of antioxidant and detoxifying nutrients 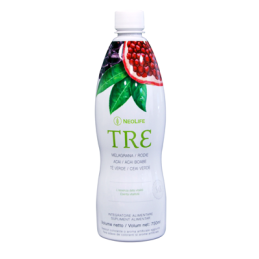 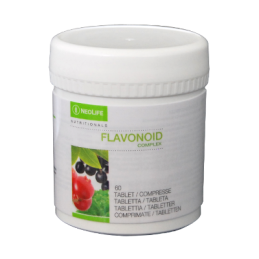 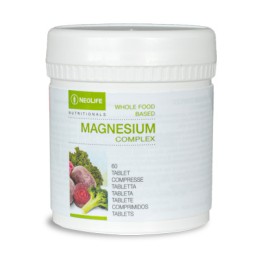 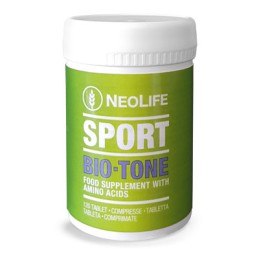 Amino acid supplement for sports and to stay fit 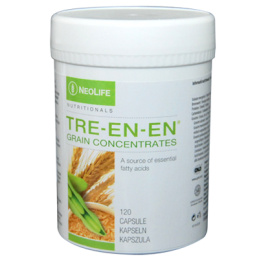 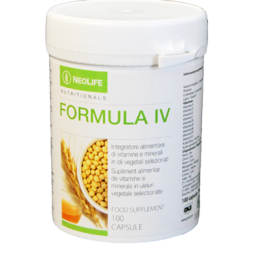 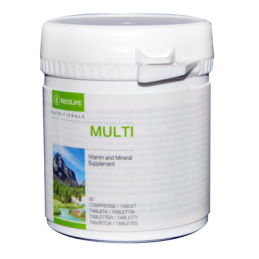 Supplement of vitamins and trace elements 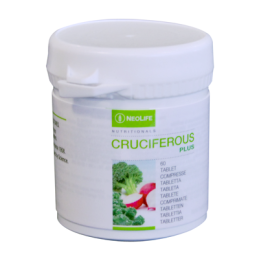